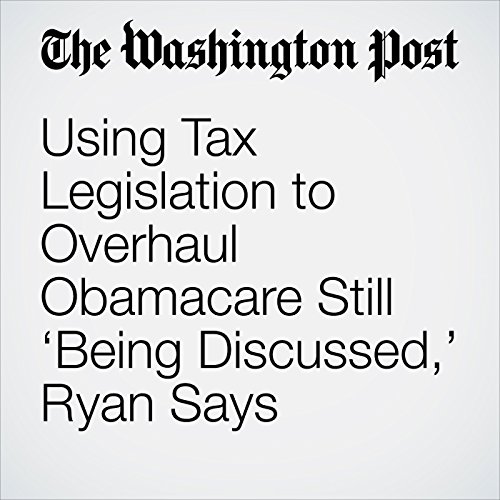 Republicans are poised to begin debating details of their tax plan this week, but House Speaker Paul D. Ryan (R-Wis.) signaled Sunday that party leaders are still mulling whether to use the proposal to end a central element of the Obama-era Affordable Care Act.

"Using Tax Legislation to Overhaul Obamacare Still ‘Being Discussed,’ Ryan Says" is from the November 05, 2017 Politics section of The Washington Post. It was written by Ed O'Keefe and narrated by Sam Scholl.