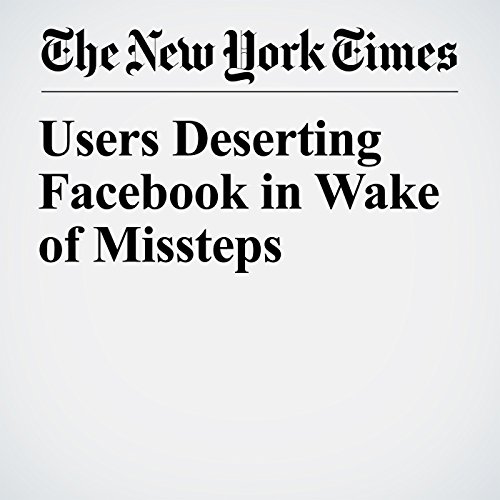 Debates over privacy have plagued Facebook for years.But the news that Cambridge Analytica, a political data firm that worked on President Donald Trump’s 2016 campaign, was able to gain access to private data through the social network has sparked an unusually strong reaction among its users.

"Users Deserting Facebook in Wake of Missteps" is from the March 21, 2018 Business section of The New York Times. It was written by Tiffany Hsu and narrated by Keith Sellon-Wright.