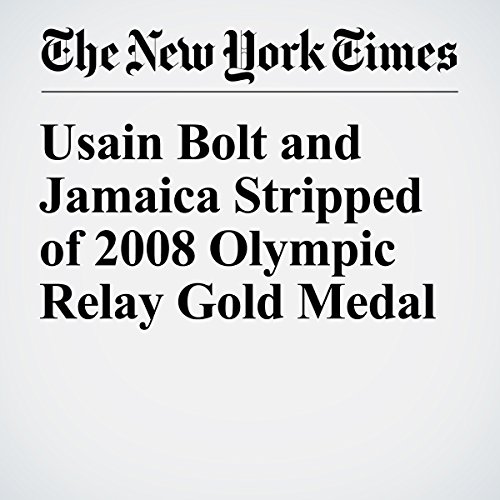 Bolt and the Jamaican team have been stripped of their 4x100-meter relay gold medal from the Beijing Games in 2008 because one runner, Nesta Carter, was found guilty of a doping violation, the International Olympic Committee said on Wednesday.

"Usain Bolt and Jamaica Stripped of 2008 Olympic Relay Gold Medal" is from the January 25, 2017 Sports section of The New York Times. It was written by Victor Mather and narrated by Keith Sellon-Wright.