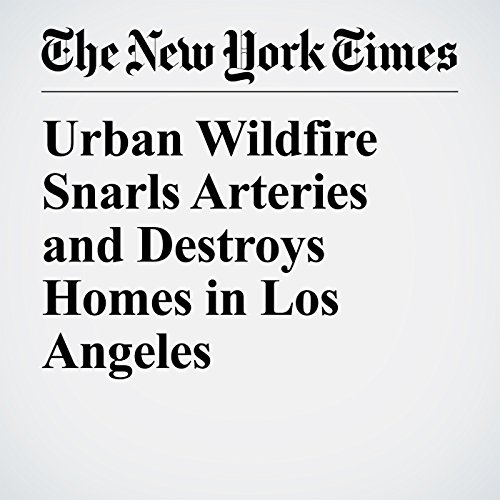 With thick plumes of smoke, towering flames and mass evacuations, a fast-moving wildfire struck one of America’s major cities on Wednesday. As fires raged out of control across Southern California, a new blaze erupted in the Bel-Air neighborhood of Los Angeles, near iconic landmarks like the UCLA campus and the Getty Museum, home to old masters paintings and ancient Roman statues.

"Urban Wildfire Snarls Arteries and Destroys Homes in Los Angeles" is from the December 07, 2017 U.S. section of The New York Times. It was written by Jennifer Medina and Richard Pérez Peña and narrated by Kristi Burns.