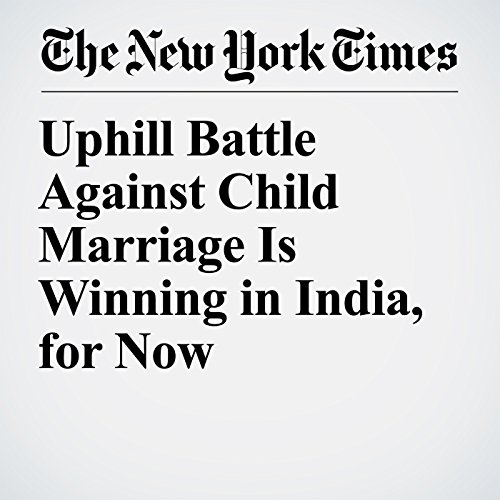 Uphill Battle Against Child Marriage Is Winning in India, for Now

MADHURA, India — The well-wishers had all gathered even though neither the teenage bride-to-be nor her mother wanted the girl to go through with the wedding. It took a police raid to stop it, and even then it was nearly too late.

"Uphill Battle Against Child Marriage Is Winning in India, for Now" is from the March 06, 2018 World section of The New York Times. It was written by Kai Schultz, Suhasini Raj and narrated by Kristi Burns.