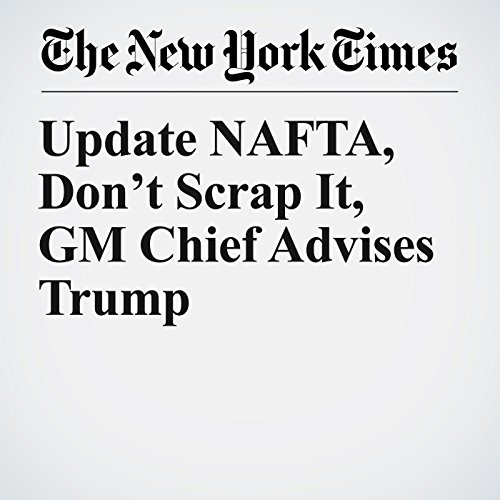 General Motors’ chief executive urged the Trump administration on Tuesday not to scrap the North American Free Trade Agreement and said any changes in the pact should account for the effect on U.S. automakers and workers.

"Update NAFTA, Don’t Scrap It, GM Chief Advises Trump" is from the January 16, 2018 Business section of The New York Times. It was written by Neal E. Boudette and narrated by Keith Sellon-Wright.