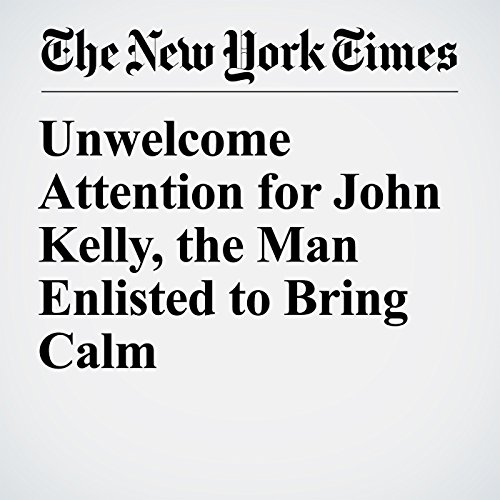 Among the many people agitated this week over John F. Kelly, the White House chief of staff, was President Donald Trump. And among the people the president called to express dissatisfaction, according to those close to him, was none other than Reince Priebus, the previous chief of staff, who also irritated Trump.

"Unwelcome Attention for John Kelly, the Man Enlisted to Bring Calm" is from the February 08, 2018 U.S. section of The New York Times. It was written by Peter Baker, Maggie Haberman and narrated by Mike DelGaudio.