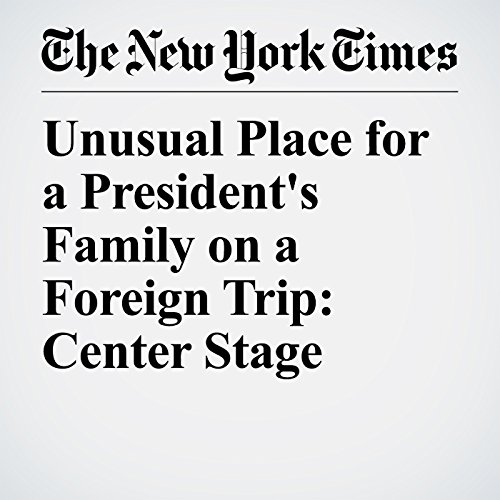 At an Israeli children’s hospital, Melania Trump handed out blue canvas backpacks filled with Dr. Seuss books and emblazoned with a picture of the White House. At a forum in Saudi Arabia on combating extremism, Ivanka Trump stood in for her father when he got tired. And in Israel, Jared Kushner stuck by his father-in-law’s side as President Donald Trump pushed for peace in the Middle East.

"Unusual Place for a President's Family on a Foreign Trip: Center Stage" is from the May 22, 2017 World section of The New York Times. It was written by Michael D. Shear and narrated by Keith Sellon-Wright.