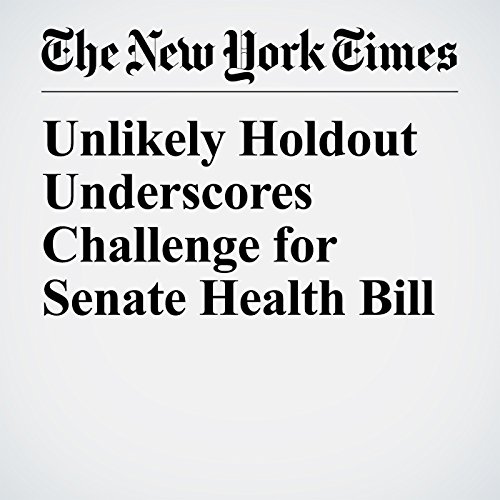 Cheryl Hofstetter Duffy began by telling Sen. Jerry Moran that she was a breast cancer survivor. Then she asked why the debate over the Affordable Care Act was focused on repealing and replacing the law, rather than simply making it better.

"Unlikely Holdout Underscores Challenge for Senate Health Bill" is from the July 06, 2017 U.S. section of The New York Times. It was written by Thomas Kaplan and narrated by Barbara Benjamin-Creel.