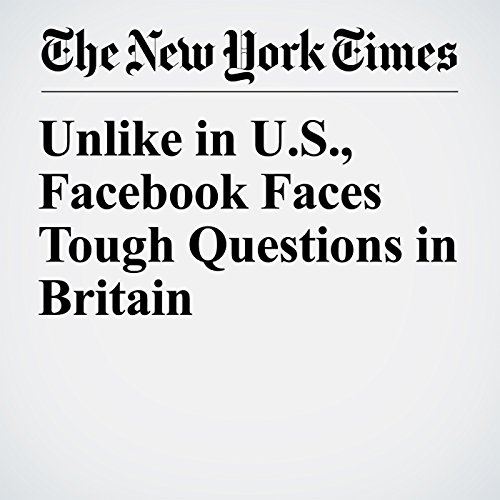 LONDON — Facebook’s chief executive, Mark Zuckerberg, escaped tough questioning during congressional testimony this month in part because American lawmakers weren’t well versed about how the social network functions. On Thursday, one of his deputies faced a decidedly sharper inquisition from a panel in Britain.

"Unlike in U.S., Facebook Faces Tough Questions in Britain" is from the April 26, 2018 Business section of The New York Times. It was written by Adam Satariano and narrated by Mike DelGaudio.