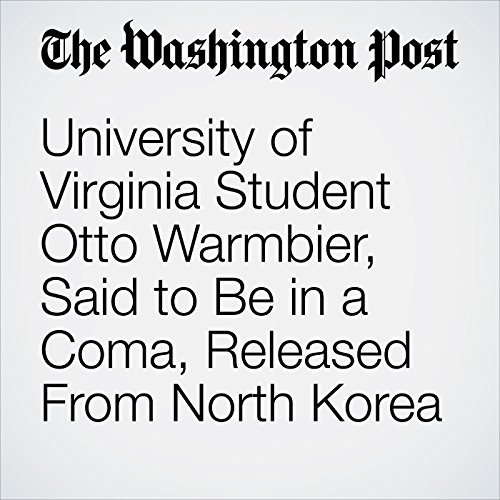 University of Virginia student Otto Warmbier has been medically evacuated from North Korea in a coma after being detained for 17 months, his parents told The Washington Post on Tuesday

"University of Virginia Student Otto Warmbier, Said to Be in a Coma, Released From North Korea" is from the June 13, 2017 Asia & Pacific section of The Washington Post. It was written by Anna Fifield and Karen DeYoung and narrated by Sam Scholl.