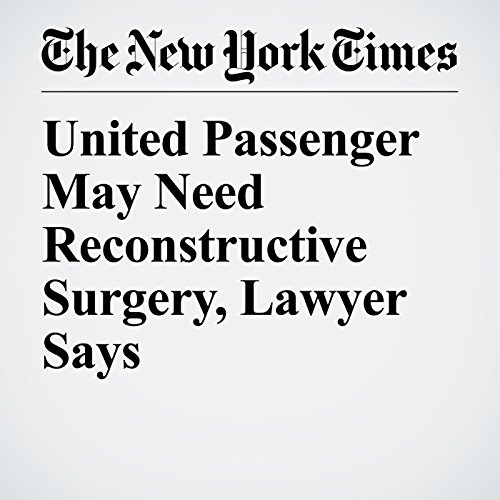 In an hourlong news conference that touched on race, policing and airline manners, a lawyer for the passenger dragged off a United flight on Sunday listed his client’s injuries: A broken nose, a concussion, two knocked-out teeth and sinus problems that may require reconstructive surgery.

"United Passenger May Need Reconstructive Surgery, Lawyer Says" is from the April 13, 2017 U.S. section of The New York Times. It was written by Mitch Smith and narrated by Kristi Burns.