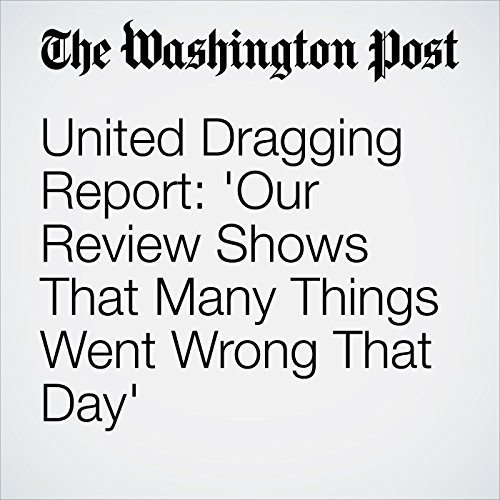 In a new report, United Airlines admits several mistakes were made before, during and after a man was violently dragged off a flight earlier this month, including calling in law enforcement to resolve an incident that was neither a safety nor security issue.

"United Dragging Report: 'Our Review Shows That Many Things Went Wrong That Day'" is from the April 27, 2017 Opinions section of The Washington Post. It was written by Lori Aratani  and narrated by Sam Scholl.