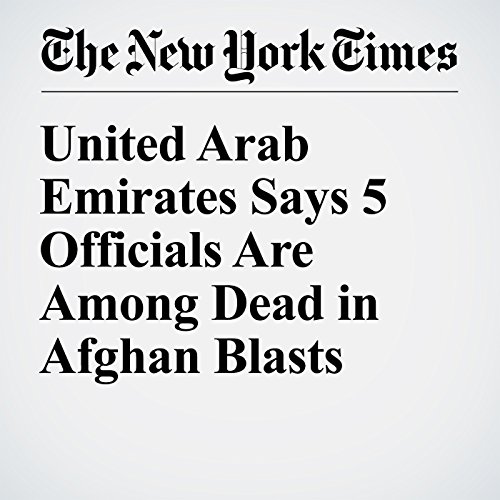 The United Arab Emirates said Wednesday that five of its officials were among those killed in explosions at the governor’s compound in the southern Afghan city of Kandahar on Tuesday.

"United Arab Emirates Says 5 Officials Are Among Dead in Afghan Blasts" is from the January 11, 2017 World section of The New York Times. It was written by Mujib Mashal and narrated by Fleet Cooper.