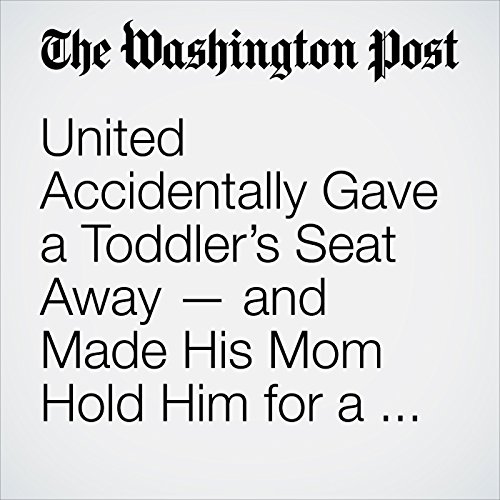 United Airlines has apologized to a passenger who was forced to give up her 2-year-old son’s seat and hold the child on a flight — until her leg and arm went numb.

"United Accidentally Gave a Toddler’s Seat Away — and Made His Mom Hold Him for a 3-Hour Flight" is from the July 05, 2017 Business section of The Washington Post. It was written by Avi Selk and narrated by Jenny Hoops.