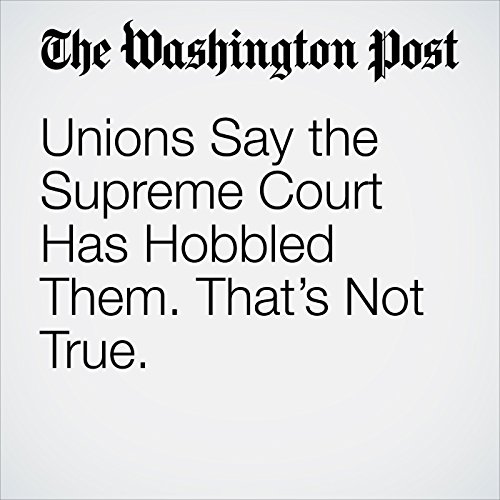 By the account of unions and their supporters, the Supreme Court struck a massive blow to public-sector unions Wednesday that will hobble them politically. Fortunately for them, the evidence is to the contrary.

"Unions Say the Supreme Court Has Hobbled Them. That’s Not True." is from the June 28, 2018 Opinion section of The Washington Post. It was written by Patrick Wright and narrated by Sam Scholl.