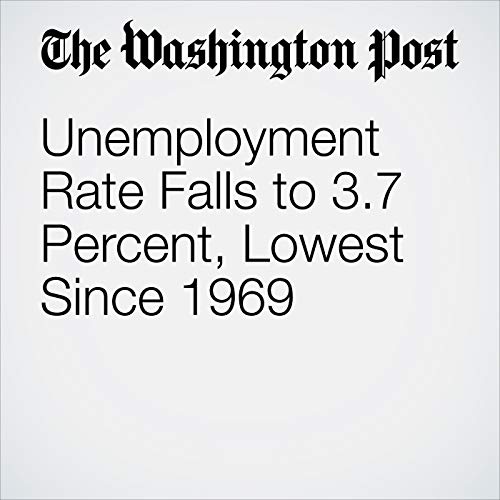 The unemployment rate fell to 3.7 percent in September, its lowest level since 1969, the Labor Department reported Friday. President Trump quickly celebrated the news on Twitter, and many forecasters predict the jobless rate will decline even more in the months to come.

"Unemployment Rate Falls to 3.7 Percent, Lowest Since 1969" is from the October 05, 2018 Business section of The Washington Post. It was written by Heather Long and narrated by Jenny Hoops.