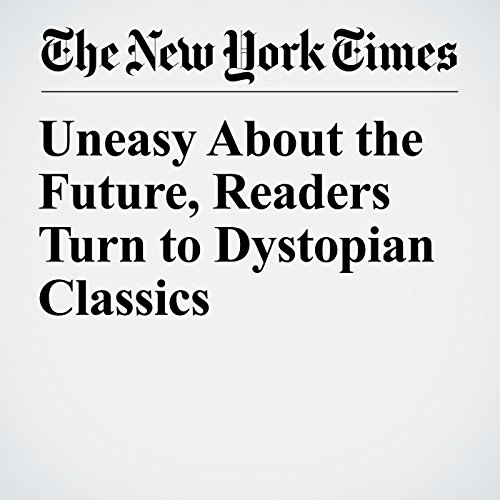 Last weekend, as hundreds of thousands of women gathered in Washington to protest the inauguration of President Donald Trump, the novelist Margaret Atwood began getting a string of notifications on Twitter and Facebook.

"Uneasy About the Future, Readers Turn to Dystopian Classics" is from the January 27, 2017 Business section of The New York Times. It was written by Alexandra Alter and narrated by Barbara Benjamin-Creel.