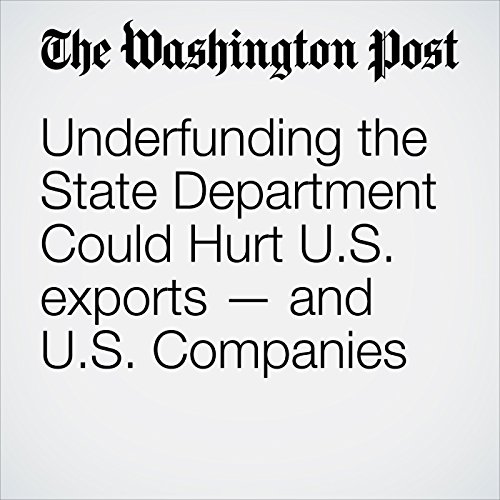 Secretary of State Rex Tillerson has survived his first year in Washington, but his department remains at war — with itself. The recent budget deal has blown a multibillion-dollar hole in funding for current operations, and the new White House budget proposal would cut 2019 funding by 23 percent. In the face of fierce internal opposition, Tillerson insists that a smaller State Department will “deliver the greatest value and opportunity of success for the American people.”

"Underfunding the State Department Could Hurt U.S. exports — and U.S. Companies" is from the February 14, 2018 Business section of The Washington Post. It was written by Raymond P. Hicks and Matthew Connelly and narrated by Sam Scholl.