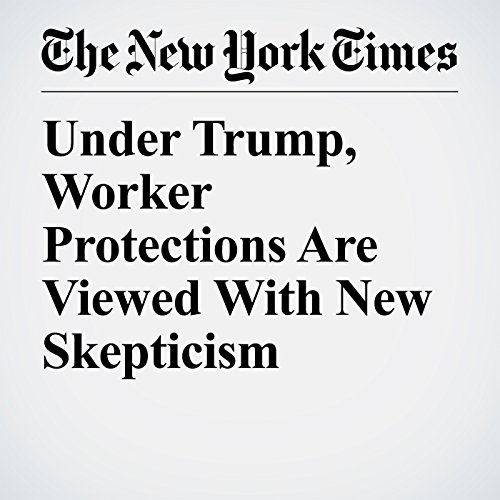 Under Trump, Worker Protections Are Viewed With New Skepticism

Nearly four decades in the making, a new rule under the Obama administration was set to lower workplace exposure to beryllium, an industrial mineral linked to a lung disease that is to estimated to kill 100 people annually. And the nation’s largest beryllium producer had agreed to back the new restrictions.“Once we finish, these workers will be protected and we will end the epidemic of beryllium exposure in the United States,” David Michaels, the OSHA chief, said at the time in 2015.But several weeks ago, just as the rule was going into effect, the safety agency suddenly proposed changes that experts expect may exempt major industries from the tougher standard. It was one of several instances in which workplace safety decisions have been revisited in the early months of the Trump administration.

"Under Trump, Worker Protections Are Viewed With New Skepticism" is from the June 05, 2017 Business section of The New York Times. It was written by Barry Meier and Danielle Ivory and narrated by Keith Sellon-Wright.