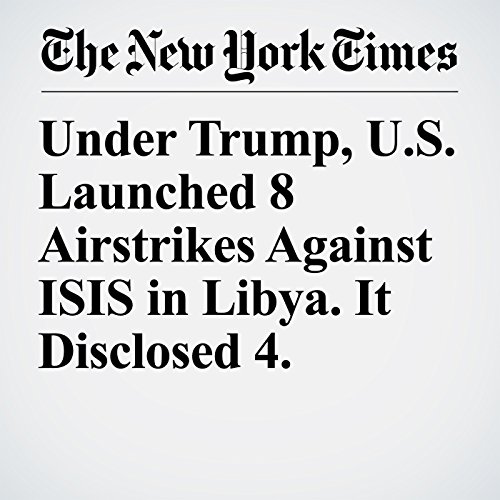 The U.S. military has carried out twice as many airstrikes against Islamic State militants in Libya since President Donald Trump took office as it has publicly acknowledged, raising questions about whether the Pentagon has sought to obscure operations in the strife-torn North African nation.

"Under Trump, U.S. Launched 8 Airstrikes Against ISIS in Libya. It Disclosed 4." is from the March 08, 2018 World section of The New York Times. It was written by Eric Schmitt and narrated by Barbara Benjamin-Creel.