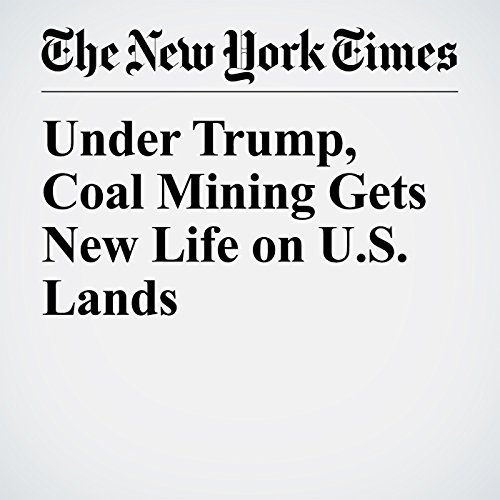 The Trump administration is wading into one of the oldest and most contentious debates in the West by encouraging more coal mining on lands owned by the federal government — part of an aggressive push to both invigorate the struggling U.S. coal industry and more broadly exploit commercial opportunities on public lands.

"Under Trump, Coal Mining Gets New Life on U.S. Lands" is from the August 06, 2017 U.S. section of The New York Times. It was written by Eric Lipton and Barry Meier and narrated by Keith Sellon-Wright.