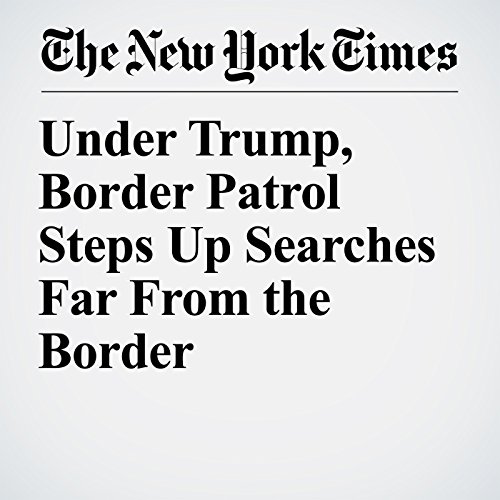 Under Trump, Border Patrol Steps Up Searches Far From the Border

Border Patrol officers are working without permission on private property and setting up checkpoints up to 100 miles away from the border under a little-known federal law that is being used more widely in the Trump administration’s aggressive crackdown on illegal immigration.

"Under Trump, Border Patrol Steps Up Searches Far From the Border" is from the February 21, 2018 U.S. section of The New York Times. It was written by Ron Nixon and narrated by Keith Sellon-Wright.