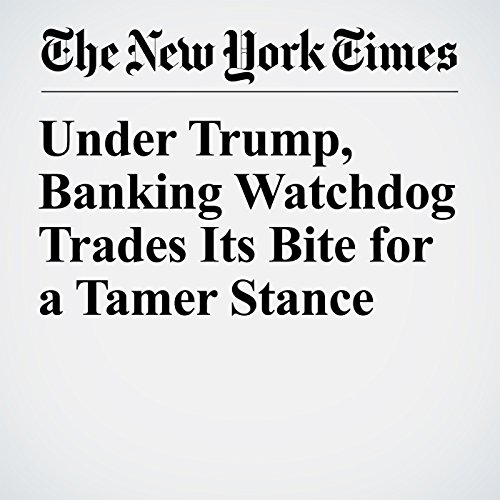 After the financial crisis in 2008, the Obama administration turned one of the banking industry’s friendliest regulators into one of its toughest. But that agency is now starting to look like its old self — and becoming a vital player in the Trump administration’s campaign to roll back regulations.

"Under Trump, Banking Watchdog Trades Its Bite for a Tamer Stance" is from the November 15, 2017 Business section of The New York Times. It was written by Ben Protess and Jessica Silver Greenberg and narrated by Archie Montgomery.