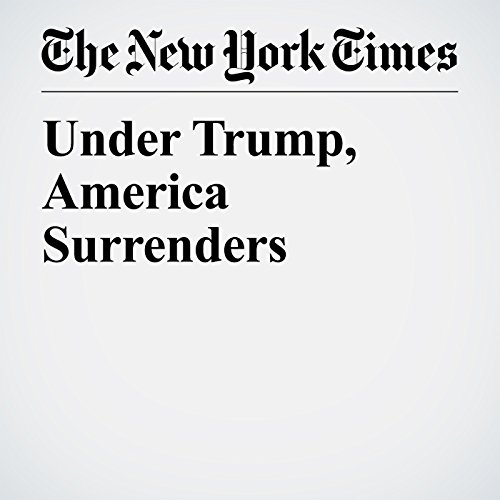 Americans have long struggled with the question of whether this country should be more involved in world affairs, or less. The contest of ideas between internationalists and isolationists has been particularly fierce among Republicans, going all the way back to Teddy Roosevelt and William Howard Taft and continuing on to the beginning of World War II.

"Under Trump, America Surrenders" is from the October 16, 2017 Opinion section of The New York Times. It was written by The Editorial Board and narrated by Kristi Burns.