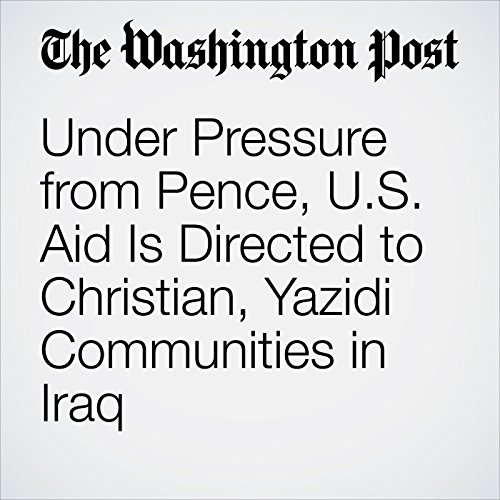 The premier U.S. aid agency is poised to send millions of dollars directly to Christian and Yazidi communities in Iraq under a rarely used, streamlined funding arrangement after coming under pressure from Vice President Pence.

"Under Pressure from Pence, U.S. Aid Is Directed to Christian, Yazidi Communities in Iraq" is from the June 18, 2018 National section of The Washington Post. It was written by Carol Morello and narrated by Sam Scholl.