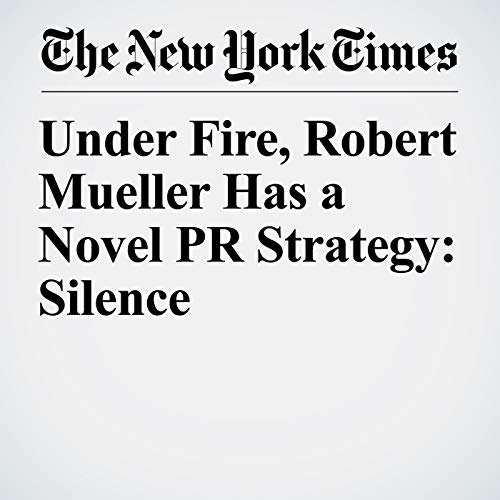 Since his appointment 16 months ago as special counsel, Robert Mueller has granted no interviews and held no news conferences. The spokesman for his office is known around Washington as “Mr. No-Comment.” Even public sightings are rare: A photograph of Mueller at an airport gate, with Donald Trump Jr. in the background, went viral.

"Under Fire, Robert Mueller Has a Novel PR Strategy: Silence" is from the September 13, 2018 U.S. section of The New York Times. It was written by Michael M. Grynbaum and narrated by Keith Sellon-Wright.