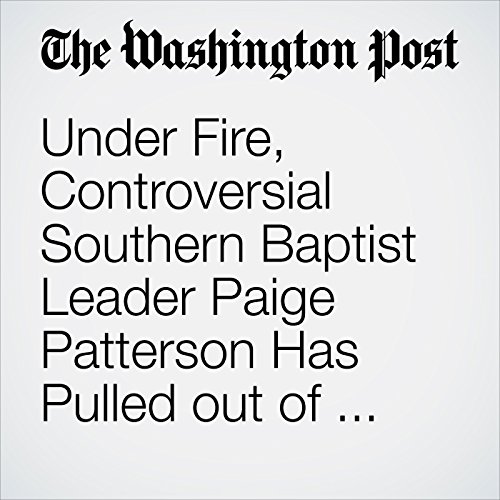 Southern Baptist leader Paige Patterson has withdrawn from giving a prominent sermon at the denomination’s annual meeting next week, his chief of staff at Patterson’s former seminary said Friday on Twitter.

"Under Fire, Controversial Southern Baptist Leader Paige Patterson Has Pulled out of Giving Key Sermon at Upcoming Convention" is from the June 08, 2018 National section of The Washington Post. It was written by Sarah Pulliam Bailey and narrated by Jenny Hoops.