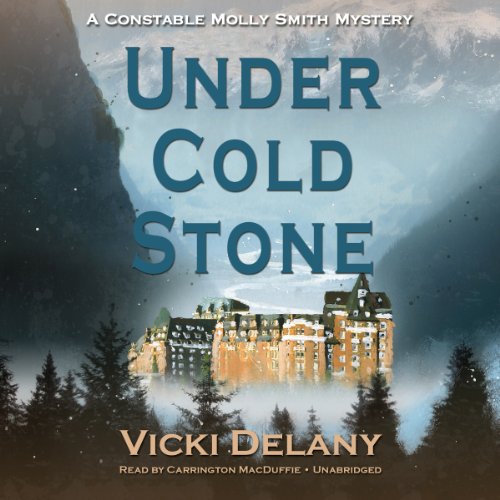 They're an unlikely couple: Lucky Smith, passionate environmentalist and old-time hippie, and Paul Keller, chief constable of Trafalgar, British Columbia. Their weekend getaway to a Scottish-inspired castle in the Rocky Mountains is a chance to explore their fledgling late-in-life relationship and indulge themselves at the famous Banff Springs Hotel.

Trouble interferes when Lucky, strong willed and sometimes too stubborn for her own good, stands up to two bullies in the local coffeeshop. To his horror, Paul recognizes one of the young men as his estranged son, Matt.

In the early hours of the following morning, a frantic Matt calls his father for help. Lucky and Paul arrive to find a body on the apartment floor, but Matt has gone.

Matt Keller is an experienced wilderness adventurer. All signs indicate that he has escaped into the backcountry. To Sergeant Eddie Blechta of the Royal Canadian Mounted Police, running is all the proof of guilt he needs. Paul Keller can do nothing but watch the investigation from a distance, terrified that Blechta is right.

Lucky's daughter, Constable Molly Smith of the Trafalgar City Police, abandons her chaotic Thanksgiving kitchen to offer her mom support. She has no intention of meddling in the police investigation, but she is as good in the wilderness as Matt, and when his sad, shy girlfriend asks for her help, Molly finds herself not only interfering but putting herself on the wrong side of Edward Blechta.

If you prefer nuance to action.

Ms. Delany appears to be an excellent writer; this story flows the characters are nuanced and details abound. However for me a selection from the mystery section must contain more action than this book did. If you're a fan of Lee Child, or Michael Connelly; or for that matter Stephen White or Johnathan Kellerman even Marcia Muller this work might not be what you're looking for. If you don't mind a slower pace this one is an excellent choice.

Vicki Delaney continues to create entertaining and engaging characters and storylines. I really enjoyed this book and can't wait for the next one.