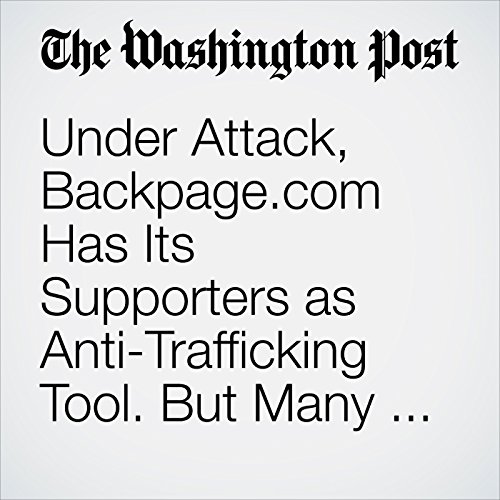 Not everyone wants to shut down Backpage.com. The online classified ad site, which generates millions of dollars in revenue by hosting sex-related ads, has been vilified for allowing apparent prostitution ads that sometimes include child trafficking victims. Backpage has claimed for years it is merely a passive host of third-party content, but a story last week in The Washington Post showed that Backpage has been using a contractor in the Philippines to attract more sex advertisers, and sex customers, to its sites around the world.

"Under Attack, Backpage.com Has Its Supporters as Anti-Trafficking Tool. But Many Differ." is from the July 18, 2017 True Crime section of The Washington Post. It was written by Tom Jackman  and narrated by Sam Scholl.

Cosa pensano gli ascoltatori di Under Attack, Backpage.com Has Its Supporters as Anti-Trafficking Tool. But Many Differ.