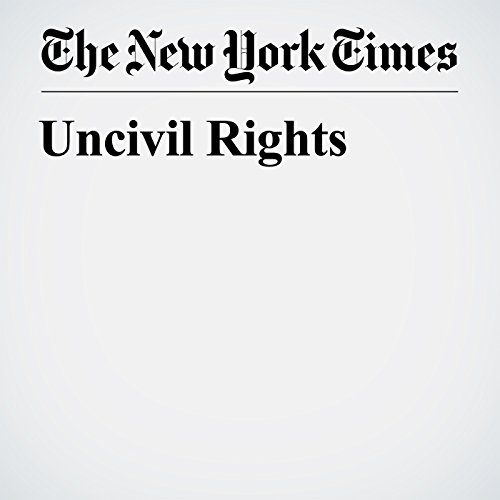 When I was in my 20s, I worked at a video game company in Silicon Valley. We were expected to work 12-hour days and at least one weekend day per week. The pay was terrible, as was the product. Even so, it was part of the job to feel lucky to have it, and, being young and replaceable, we were in no position to complain. To complain would have made us “entitled,” which we were not entitled to be.

"Uncivil Rights" is from the February 27, 2018 U.S. section of The New York Times. It was written by Carina Chocano and narrated by Keith Sellon-Wright.