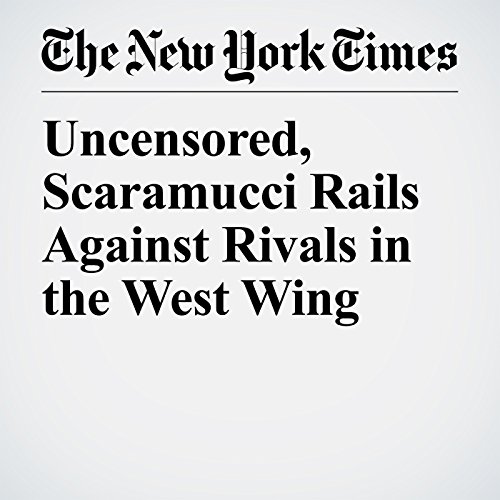 Uncensored, Scaramucci Rails Against Rivals in the West Wing

When Anthony Scaramucci, the new White House communications director, went on television Thursday morning to compare himself and his adversary, Reince Priebus, the chief of staff, to Cain and Abel, it seemed to encapsulate the fratricidal nature of an administration riven by biblical rivalries. Cain, after all, killed Abel as they vied for God’s favor.

"Uncensored, Scaramucci Rails Against Rivals in the West Wing" is from the July 27, 2017 U.S. section of The New York Times. It was written by Peter Baker and Maggie Haberman and narrated by Mike DelGaudio.