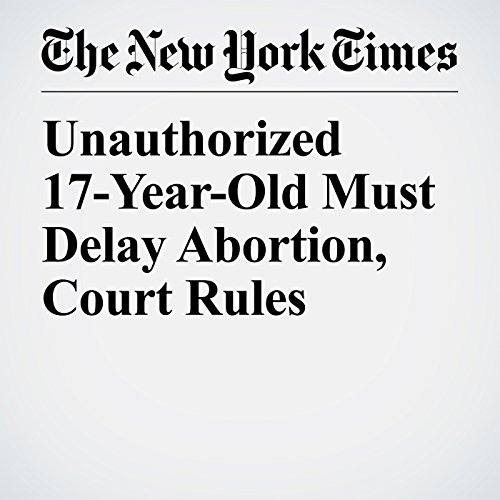 An unauthorized 17-year-old caught in a legal standoff with the federal government must further delay plans for an abortion after an appeals court ruled Friday that the Department of Health and Human Services had 11 days to find a sponsor to take custody of the teenager.

"Unauthorized 17-Year-Old Must Delay Abortion, Court Rules" is from the October 21, 2017 U.S. section of The New York Times. It was written by Christina Caron and narrated by Keith Sellon-Wright.