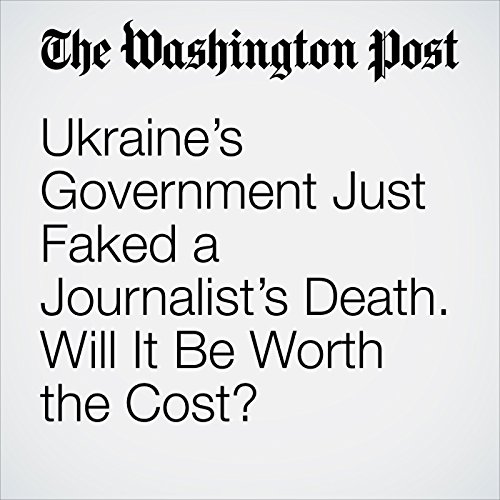 KIEV, Ukraine — One of the reasons democracies have responded so ineptly to the flood tide of crass disinformation coming from Russia is that there is no obvious form of counter-strike, no straightforward tit-for-tat response. The Russian president lied about invading Ukraine, for example — the men in uniform crawling all over Crimea were just soldiers on vacation, he said, who might have bought their military equipment in shops. When he awarded medals to those same soldiers a few months later, what would have been an adequate, measured reaction? Blast fake news across the border? Tell lots of crazy Vladimir Putin stories, just to see which ones stick?

"Ukraine’s Government Just Faked a Journalist’s Death. Will It Be Worth the Cost?" is from the May 31, 2018 Opinion section of The Washington Post. It was written by Anne Applebaum and narrated by Sam Scholl.

Cosa pensano gli ascoltatori di Ukraine’s Government Just Faked a Journalist’s Death. Will It Be Worth the Cost?