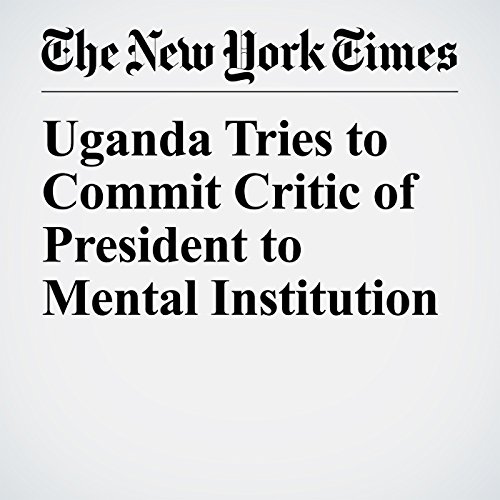 The government of President Yoweri Museveni, still in power 31 years after setting out as a great hope for African democracy, routinely intimidates dissidents and journalists. Live broadcasts of demonstrations are banned, and social media is blocked during elections that are already deeply flawed. And the longer Museveni clings to power, the tighter his grip on dissent appears to be.

"Uganda Tries to Commit Critic of President to Mental Institution" is from the April 14, 2017 World section of The New York Times. It was written by Kimiko De Freytas Tamura and narrated by Jef Holbrook.