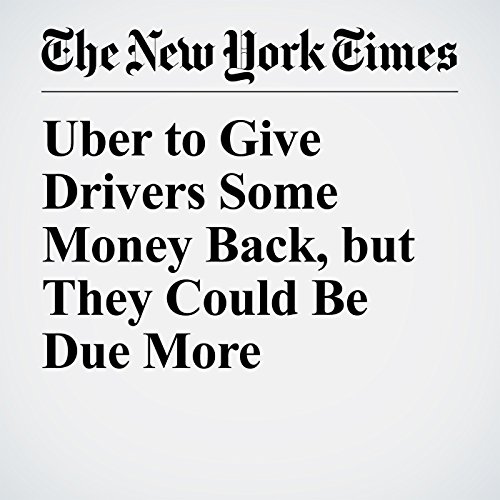 Uber said on Tuesday that it had made a mistake in the way it calculated its commissions, at a cost of tens of millions of dollars to its New York drivers, and the company vowed to correct the practice and make the drivers whole for the lost earnings.

"Uber to Give Drivers Some Money Back, but They Could Be Due More" is from the May 23, 2017 Business section of The New York Times. It was written by Noam Scheiber and narrated by Keith Sellon-Wright.

Cosa pensano gli ascoltatori di Uber to Give Drivers Some Money Back, but They Could Be Due More