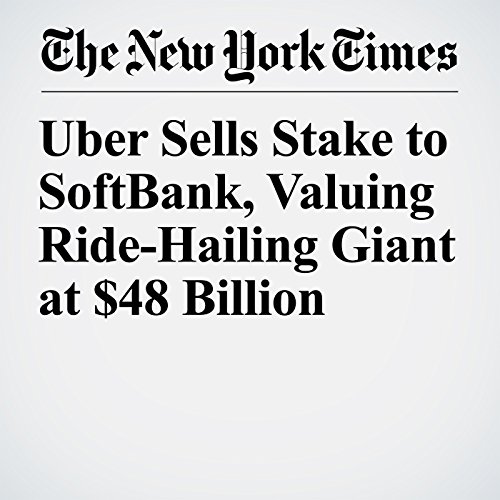 A group of Uber’s largest shareholders have agreed to sell a significant stake in the ride-hailing giant at a steep discount, according to two people familiar with the process who were not allowed to comment on it publicly.

"Uber Sells Stake to Softbank, Valuing Ride-Hailing Giant at $48 Billion" is from the December 28, 2017 Business section of The New York Times. It was written by Mike Isaac and narrated by Barbara Benjamin-Creel.