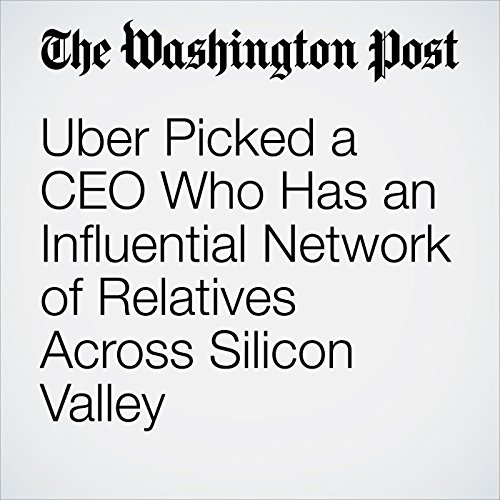 The 48-year-old chief executive, who was born in Iran and moved to the U.S. in 1978 to flee the Iranian Revolution, does not live in Silicon Valley; he lives in Bellevue, Wa., where Expedia is headquartered.

"Uber Picked a CEO Who Has an Influential Network of Relatives Across Silicon Valley" is from the August 28, 2017 The Switch section of The Washington Post. It was written by Elizabeth Dwoskin and narrated by Sam Scholl.