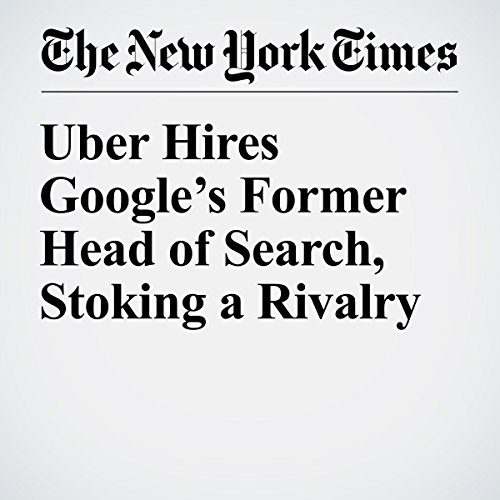 Uber and Google have long been bitter rivals in the race to build the autonomous vehicles that appear integral to the future of transportation. Soon, Uber will have a bit of help in that effort from a man who played a key role at Google.

"Uber Hires Google’s Former Head of Search, Stoking a Rivalry" is from the January 20, 2017 Technology section of The New York Times. It was written by Mike Isaac and Daisuke Wakabayashi and narrated by Fleet Cooper.