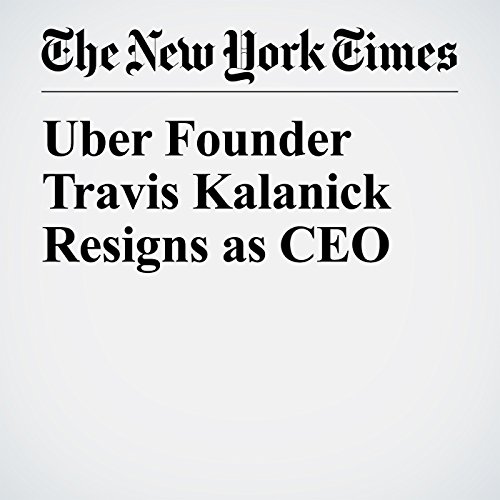 Travis Kalanick stepped down Tuesday as chief executive of Uber, the ride-hailing service that he helped found in 2009 and built into a transportation colossus, after a shareholder revolt made it untenable for him to stay on at the company.

"Uber Founder Travis Kalanick Resigns as CEO" is from the June 21, 2017 Business section of The New York Times. It was written by Mike Isaac and narrated by Kristi Burns.