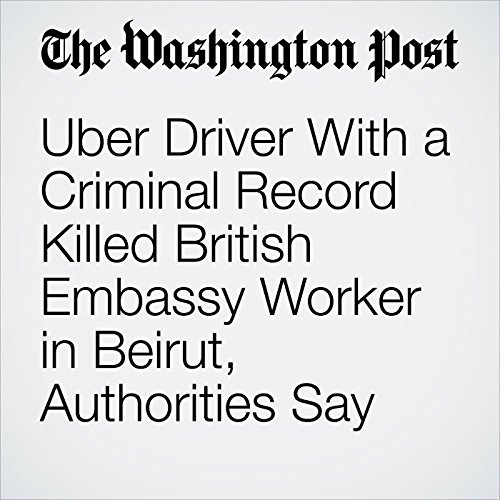 Lebanese police have arrested a man suspected of killing a British woman who worked for her country's embassy in Beirut.

"Uber Driver With a Criminal Record Killed British Embassy Worker in Beirut, Authorities Say" is from the December 18, 2017 World section of The Washington Post. It was written by Suzan Haidamous and Kristine Phillips and narrated by Sam Scholl.