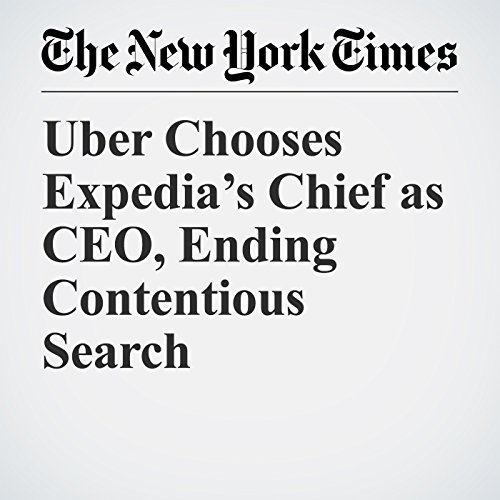 Uber chose Dara Khosrowshahi, who leads the online travel company Expedia, to be its chief executive on Sunday, two people with knowledge of the decision said. The selection capped a contentious search process as the ride-hailing company seeks to move past a turbulent period.

"Uber Chooses Expedia’s Chief as CEO, Ending Contentious Search" is from the August 27, 2017 World section of The New York Times. It was written by Mike Isaac and narrated by Kristi Burns.