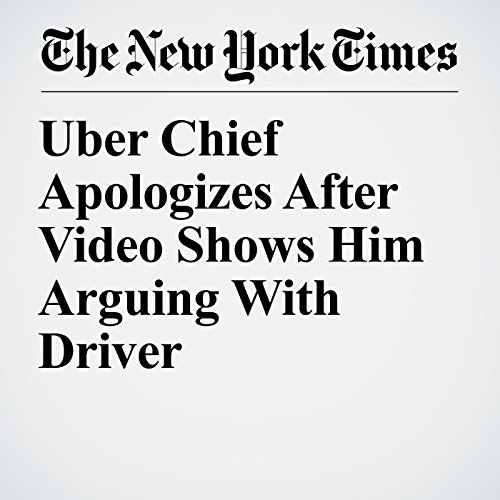 Travis Kalanick, the chief executive of Uber, apologized Tuesday after a video showing him in a verbal altercation with a driver for the ride-hailing company became public.

"Uber Chief Apologizes After Video Shows Him Arguing With Driver" is from the March 01, 2017 Business section of The New York Times. It was written by Mike Isaac and narrated by Keith Sellon-Wright.