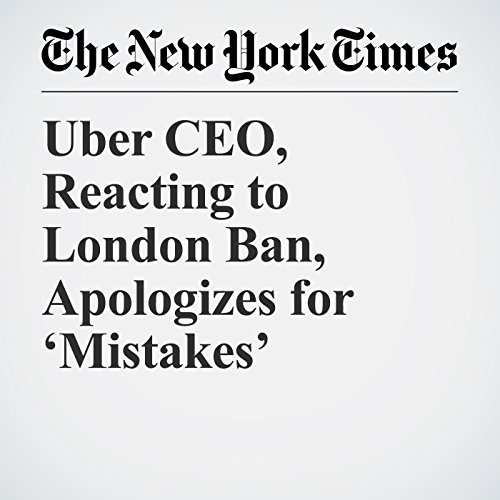 Uber’s chief executive, Dara Khosrowshahi, apologized in an open letter Monday for the company’s “mistakes,” after the transport authority for London said last week that it would not renew the ride-hailing service’s license to operate in the city.

"Uber CEO, Reacting to London Ban, Apologizes for ‘Mistakes’" is from the September 25, 2017 Business section of The New York Times. It was written by Prashant S. Rao and Amie Tsang and narrated by Kristi Burns.