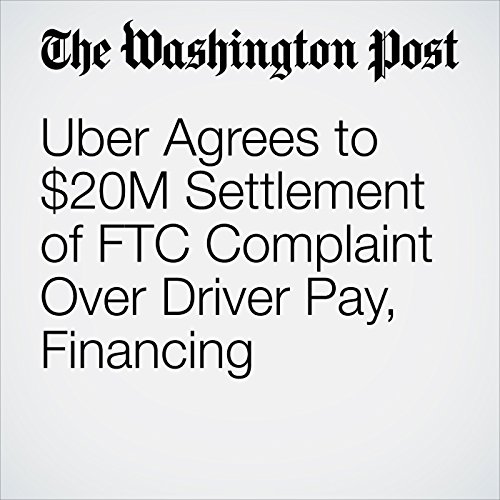 Uber claimed on its website that drivers’ median income topped $90,000 a year in New York and $74,000 in San Francisco, according to the FTC complaint. On Craigslist, Uber said a driver in Washington, D.C. would “Make $21/hour.”

"Uber Agrees to $20M Settlement of FTC Complaint Over Driver Pay, Financing" is from the January 19, 2017 Tech section of The Washington Post. It was written by Michael Laris and narrated by Jill Melancon.