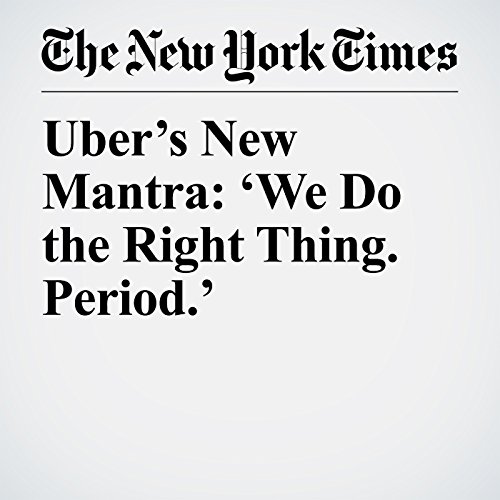 Uber’s New Mantra: ‘We Do the Right Thing. Period.’

Dara Khosrowshahi has spent the past two months learning the ins and outs of Uber, the embattled ride-hailing company where he took over as chief executive in August. Now begins the hard work of repairing Uber’s negative image.

"Uber’s New Mantra: ‘We Do the Right Thing. Period.’" is from the November 07, 2017 Business section of The New York Times. It was written by Mike Isaac and narrated by Kristi Burns.