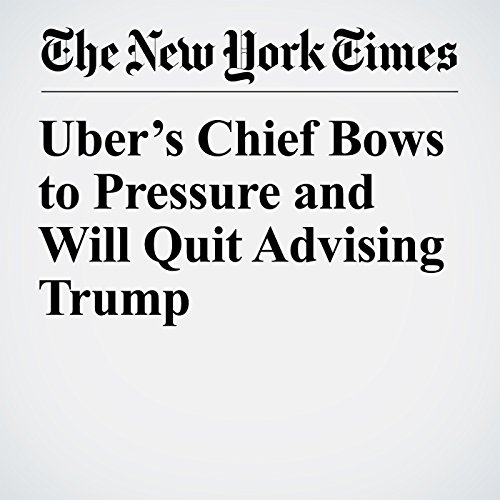 Uber was under attack — unfairly, many staff members believed — after people accused the company of seeking to profit from giving rides to airport customers in New York during weekend protests against President Donald Trump’s immigration order.

"Uber’s Chief Bows to Pressure and Will Quit Advising Trump" is from the February 02, 2017 Business section of The New York Times. It was written by Mike Isaac and narrated by Caroline Miller.