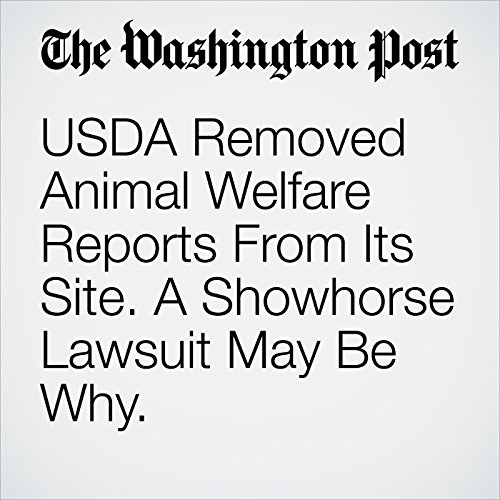 Three summers ago, Lee and Mike McGartland entered a horse named The Royal Dollar in the 74th annual Red Carpet Show of the South. A veterinary medical officer from the U.S. Department of Agriculture was there, too.

The animal placed third in its class in the competition for Tennessee walking horses, which have a high-stepping gait that enthusiasts say comes from breeding and training. But it can also come from the application of caustic chemicals to a horse’s legs and other painful practices called “soring.”

"USDA Removed Animal Welfare Reports From Its Site. A Showhorse Lawsuit May Be Why." is from the February 09, 2017 Animalia section of The Washington Post. It was written by Karin Brulliard and narrated by Sam Scholl.

Cosa pensano gli ascoltatori di USDA Removed Animal Welfare Reports From Its Site. A Showhorse Lawsuit May Be Why.