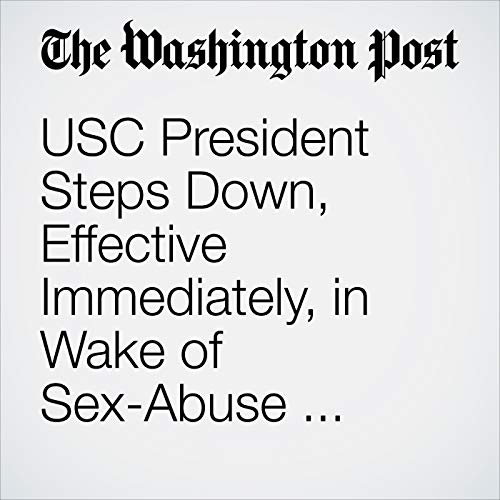 C.L. “Max” Nikias has agreed to step down immediately as president of the University of Southern California, the board of trustees chairman announced Tuesday night. A trustee will serve as interim president while the school searches for a permanent leader.

"USC President Steps Down, Effective Immediately, in Wake of Sex-Abuse Scandal" is from the August 08, 2018 National section of The Washington Post. It was written by Susan Svrluga and narrated by Sam Scholl.