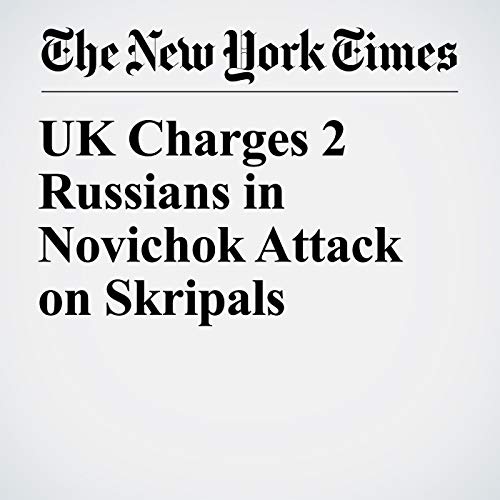 LONDON — The British authorities Wednesday charged two men — identified by Prime Minister Theresa May as officers of Russian military intelligence — with carrying out a nerve agent attack in March against a former Russian spy in Salisbury, England, the first charges brought in a case that has caused an international uproar.

"UK Charges 2 Russians in Novichok Attack on Skripals" is from the September 05, 2018 World section of The New York Times. It was written by Richard Pérez Peña and Ellen Barry and narrated by Keith Sellon-Wright.